One Year of Office Baby

Mom resumed working out with a personal trainer a few months after Elora was born. For two hours on the occasional Monday afternoon, Elora would stay with me in my office.

This worked out well at first. Elora would usually sleep, or if not sleeping, could be convinced to sleep with some rocking in the carseat. Even better, anyone looking to argue with me could be immediately deterred with an exclamation of "Shhhh! The baaaaaby is sleeeeeping!" Later, sleep was more elusive, but with alertness came amusement, with our favorite past-time, tester-kicking.

Was Office Baby a good idea? Well, yes and no. Realistically, its two hours written off in the workday; I could occasionally get her to sleep while I worked, but not dependably. Once I gave up the idea of doing productive work, it was an enjoyable experience. We had some wonderful times at the office, and reactions from my coworkers to seeing the baby in the office varied from neutral to overjoyed.

At nine months, Office Baby is going on hiatus. In part because her newly discovered mobility and fascination with electronics has made it hard to protect computer off buttons. But mostly because a potential home relocation may change when and where Mom is working out. Still, I look forward to the debut of Office Kid in a few years. 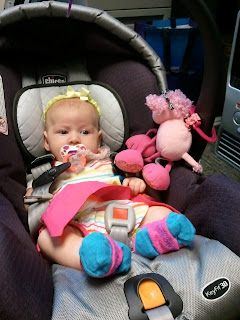 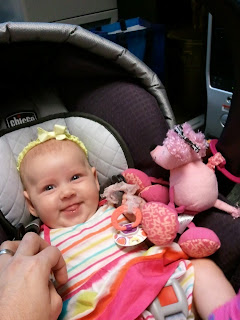 Approximately three months in. This time I did not win the sleep battle, but she was happy being at the office with Daddy. 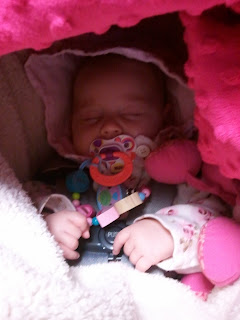 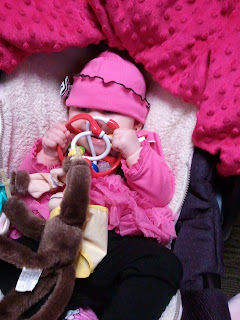 Four and a half months. Now holding toys! 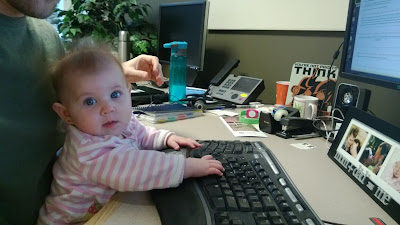 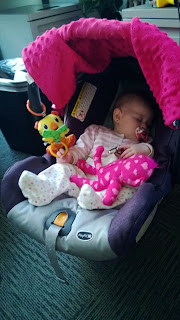 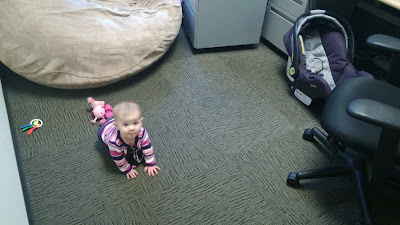 Seven and a half months. She is now capable of exploring the office; I've come up with a system of filing cabinets, chairs, and the carseat to limit Elora's access to the computers. 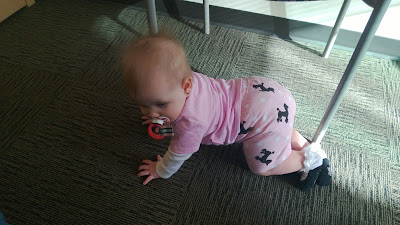 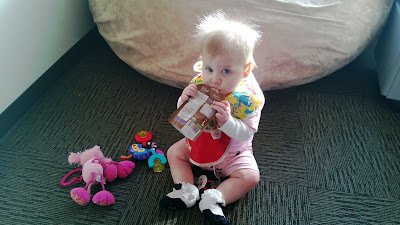 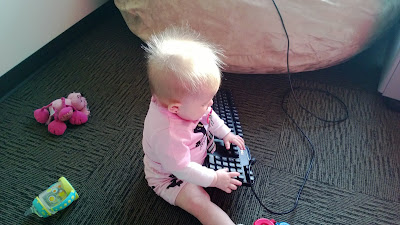 Eight months. She loves keyboards so much. 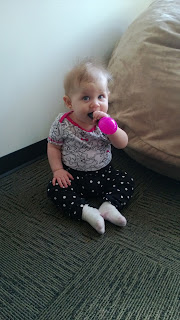 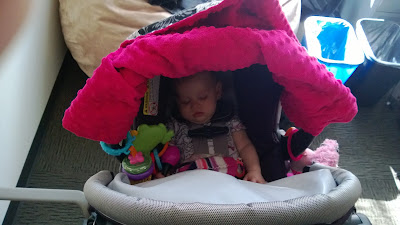